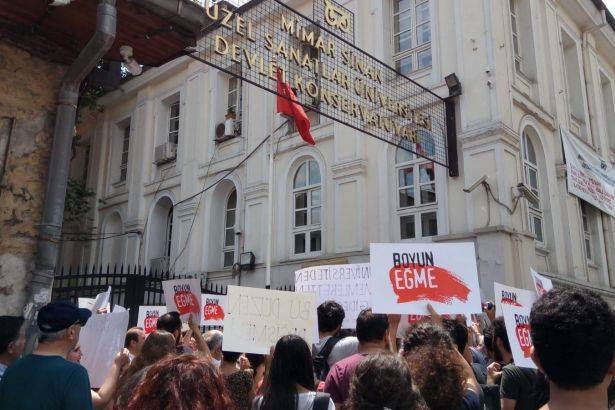 Mimar Sinan Fine Arts University Istanbul State Conservatory students have made a historical invitation, announcing ‘We All Need Art’ and summoned all art lovers in the country to the conservatory building in Besiktas on June 26 th , Tuesday.

“Mimar Sinan Fine Arts University is Turkey’s first art school with a long history that dates back to 1882, when the school was established during the reign of Hamid II. The school now faces eviction from its premises in Dolmabahce, Besiktas on the grounds that it is located next to Prime Minister’s Office. Performing arts departments such as music, drama, opera, and ballet give education in the Dolmabahce premises.

Mimar Sinan Fine Arts University (MSFAU) State Conservatory Rector has received a notice to evacuate the building by June 25 th , Monday. The officials were not contented with this notification that stipulated a complete evacuation within 5 days. Unless the building is evacuated, Besiktas District Governorship has been instructed to implement water and power outage, and to commence the evacuation procedures with the police forces on June
26 th , Tuesday. It has also been announced that if the evacuation fails, students and faculty members will be expelled from the building forcefully by the police.

The school’s notice states that “Unless a new campus is assigned for the proper and healthy continuation of education, it is not acceptable by any means to evict the faculty members, conservatory workers, and each one of our precious 1,400 students, who receive their education between the ages of 6 and 25 from the elementary school to university and who have succeeded in numerous national and international competitions. Those who resort to such a procedure violate the 42 nd article of the constitution.” On the other hand, The Grand National Assembly of Turkey National Palaces Department ‘claims’ that the decision is “legal.”

MSFAU Rector Prof. Yalcin Kaymaz reminds that the legal process is still going on: “The decision is not binding for us. When they come on the 26 th , they will see us in front of the entrance gate. We are not going to evacuate the building. It is out of question that we leave here until the State of the Turkish Republic shows us another place. Let alone a building, they haven’t indicated a land for the campus. We cannot possibly accept this arbitrariness.”

The reason for this haste to evacuate the school building is thought to be related to the possible results of the upcoming elections. If the ruling party does not obtain the majority in the parliament, to which the conservatory building belongs, the speaker’s office might be represented by another party. In that case, it will not be legally possible to appropriate the building.

We demand the State of the Turkish Republic, which generates a new form of animosity against science and art every day, that they withdraw this lawless decision. We share this demand of us with the world’s public conscience to show the power of art.” 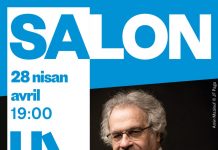 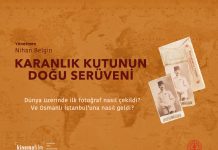 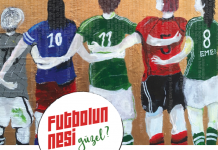 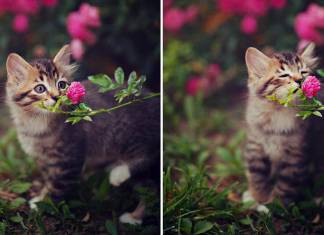