Definitions made by authority-minded people are always hypocritic. Because every authority wants to justify itself, to throw the blame on someone else. It is a simple defense mechanism, which is called “reflection” in psychology. The person who committed the crime can justify himself/herself much more easily in this way, although the crime will still be existing. Even though such people sometimes think that this is really easy to do, things don’t work out the way they have planned them to. From this point of view, the states are also like people. There is no direct connection with the analogy that Ibn Khaldun has systematized. This is because the states are also being governed by people.

Human is almost the only species in nature, who kills its own species. Although many features were rare in nature, this feature played a major role in the destruction of nature. The human who started to destroy his own line, began to destroy other kinds. The pleasure of power and domination, brought violence and destruction. So, people started to organize in groups. In very primitive terms it was called the “clan”, but after these clans started to grow, they began to be formulated as states. Grouping was also accompanied by exclusion, because the sorting also required not to relocate. It was necessary to seperate a group from another.

The phenomenon called ”racism”, has come up like that. Initially, it separated itself from other species. A group was becoming “huntings”, others were turning into death brigades called “hunters”. Discrimination has began here; those two groups have been seen as different species of life at first. Then the states appeared, and those who wanted to hold the power, always used the ”enemy” card. This card has always worked, it still works. But the main goal is not always to gain strength, but sometimes to cover the weak side. Sometimes it is done by those who rule or govern, sometimes by the people.

While telling the rise of Hitler to govern Germany, Wilhelm Reich told that “the nations were not deceived” and that “they wanted fascism”. This short sentence is also a slogan that perfectly summarizes the concept of ”fascism’s mass psychology”, formulated by Reich. Why do people desire fascism? (In particular, people such as the German ones, who cultivate many scientists and artists.) How do they make this false and evil move?

Before Hitler’s rule, Germany was ruled by a system called “Weimar Republic” for a time. The period of disastrous inflation that started from 1923 also gnawed the people. There was a period when the price of a bread was one billion Mark. There was a ”fashion” that people were choking themselves with air gas, which would later be used to spread death on another group during the genocide. If you read Hitler’s rise to power, you will see that his greatest arguments were the assertions that the Jews were possessing all the ”national wealth” and that Communists work together with external powers to collapse the country economically.

If you compare the unemployement rates with the hatred speeches, you’ll see the incredible connection. Among the European countries ranked as “racist countries” by Turkey’s mainstream media organizations, there are also Austria and the Netherlands. The reason why the country Netherlands is accused of fascism, is that the governor of the Rotterdam city of the Netherlands is a Muslim, an Arabian personality whose name is ”Aboutalep” (Abu Talib, Ali bin Abu Talip among the khalifates of the Islamic religion). And that those two countries have an average of 10 and 11% of unemployed people.

What I am trying to tell you here, is very simple: Racism does not rise, defense mechanisms and inferiority complex are getting into action. The incident, which is called “racism”, simply begins when people, that were born in a country, take on a revolt in the form of the slogan; “They come from another country, why are they being taking care of and I’m not?” The same situation is happening here; there is a mass, who get angry because of the people, who escaped from the war in Syria and had to come to Turkey. And they believe in the false news’ they read (such as ”Syrian people get in the colleges, without any charges or examinations!”).

In the United States, the hate speech to the black people, is more likely because of the use of drugs and tendency to violence (I pass the fact that this claim, does not have any experimental link with the realities) and claims of theft. In terms of racism, Scandinavian countries are by no means an example. You can not see headlines like ”Rising Racism in Sweden!” and ”Islamophobia in Norway!”. Because these events are experienced individually; the reason for it, is that the middle east is literally “bleeding”. This situation, though not directly related to the economy, is a cranial, generalist, and accusatory situation, as if a group of people from another country were perceived as a sneaky mixture of the countries in which they lived.

States do not want a wave of reaction to any of these. So, as I explained in the first paragraph, they use defence mechanisms. Two separate groups that are at risk of revolt against the state incite two agitators and demagogues, such as Hitler or Wilders, to mobilise the inferiority complex that lies among the people and the motive to reflect the crime. 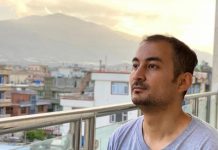 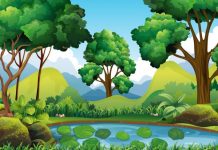