Ana Sayfa Kültür & Sanat A bridge between romance and symbolism: The Phantom of the Opera 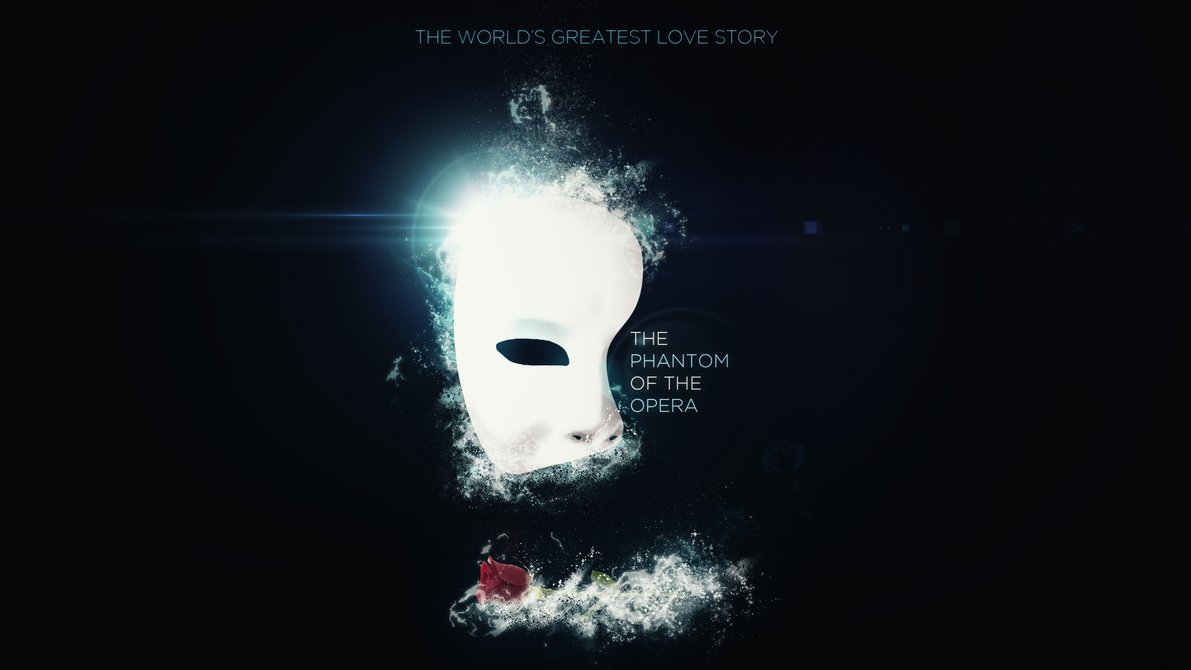 Le Fantôme de l’Opéra (The Phantom of the Opera) is a novel written by Gaston Leroux and was published in a literature magazine called Le Gaulois between September 23, 1909 and January 8, 1910. During that time, the value of this work was neglected.

The book had its biggest hit via the adaptation of Andrew Lloyd Weber, Charles Hart and Richard Stilgoe that won seven Tony Awards in 1988. In 1984, Andrew Lloyd Weber contacted with the co-productor of Cats about a new idea of a romantic musical. Even though the creative duo watched the productions of 1925 Lon Chaney and 1945 Claude Rains motion picture versions, they couldn’t find a proper way to adapt this marvelous piece of art into a musical. It wasn’t until later that Andrew Lloyd Weber found a second-hand copy of the original and long version of Gaston Leroux’s book. 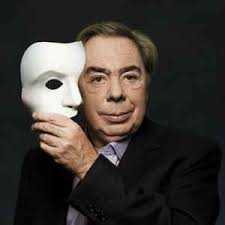 Secrets hidden behind a mask

This mask has been the biggest symbol of the work. The mask of Erik becomes one of the biggest hints about the character. Erik, in some way, represents the era of Symbolism in France. His noseless, lipless, sunken-eyed face that resembles a skull dried up by the centuries, covered in yellowed dead flesh hides his desperation and hunger for love.

An ugly state of physical existence carries an uncontrollable flood of emotions. The love of the ugly has started with one of the most famous work of romanticism era leader Victor Hugo: Notre-Dame de Paris. Therefore, The Phantom of the Opera can be evaluated as a bridge between romance and symbolism. 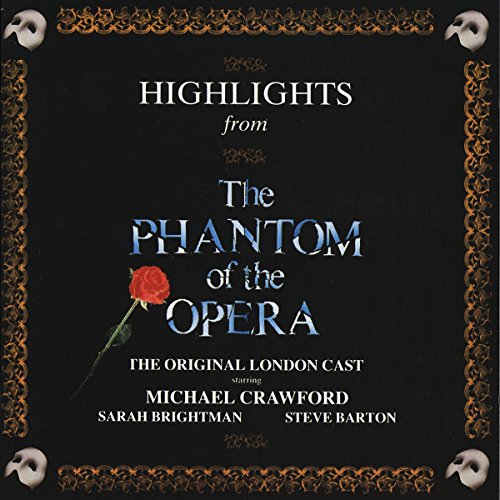 The story is about a deathly love triangle between Erik (the Phantom), Christine Daaé and Vicomte Raoul de Chagny. 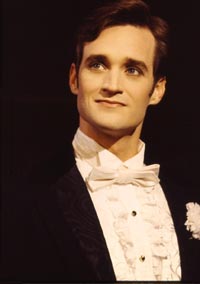 Earlier in the story, Erik has been used in a circus as an element of entertainment during his early ages after he had been abandoned by his parents due to his ugliness. After that he gets away with Madame Giry; he hides in the chambers beneath the Opera House. Over the years, Erik turns himself into a Phantom and with the help of Madame Giry and the music that flows from the pipes, he educates himself in music.

Later on, the Phantom meets with Christine. Christine represents a naive, talented and delicate portrait of a girl. Even though the character has its own strong backstory and depths, she stands two-dimensional – at least in the first act. The relationship between the Phantom and Christine lays its roots between need and obsession.

Just before Christine’s father passed away, he told her that he would send her the Angel of Music. In this very case, the Phantom came along; the Devil from Faust dressed as an angel.

(The irony that Andrew Lloyd Weber calls Sarah Brightman his angel of music keeps its secrecy.) 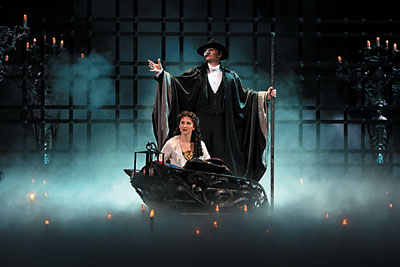 As the Phantom teaches the tricks and the magic of music to Christine and when the time comes; he makes her the Prima Donna with intrigue and threat. It takes long enough for Christine to realize the dark sides of the Phantom’s character.

To the point of no return

When Christine shines like a star on the stage, her childhood friend and first love Raoul comes along. The race between the Phantom and Raoul begins. As the story grows, the race gets dangerous; the Phantom starts to take lives without blinking an eye while Raoul is being polished like a prince from Disney world. The resemblance between Christine and most of Disney princesses is undeniable. The point of no return becomes the start of climax, where Christine bounds with managers of the Opera and Raoul, and prepares a trap for the Phantom. As Christine goes on stage and starts to sing, the Phantom appears and accompanies her. At the end of the song, Christine takes off the mask and reveals the ugliness of the Phantom. 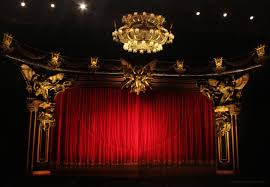 The Phantom slashes the ropes that holds the chandelier and takes Christine to his chamber. The fall of the chandelier increases the blood pressure of the audience and keep it high during the next scenes, too. The situation gets dangerous as the Phantom catches Raoul who tries to rescue Christine. The ties unfold with Christine’s show of love to the Phantom. As water fills the chambers, the Phantom lets Christine and Raoul go. 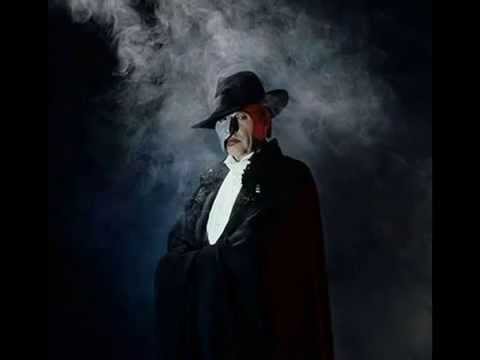 From Sydmonton to Broadway

The first act was staged at Sydmonton (Andrew Lloyd Weber’s house). Then the performance was staged at West End in 1986 and was performed at Broadway in 1988. The original cast had some of the biggest stars of musical theatre such as Sarah Brightman, Colm Wilkinson (Later to be replaced by Michael Crawford) and Steve Barton. Maria Björnson designed the sets and over 200 costumes sets, including the elaborate gowns in the “Masquerade” sequence. Her set designs, including the chandelier, subterranean gondola, and sweeping staircase, earned her multiple awards.

Love Never Dies (or does it?)

The story continued with Love Never Dies. In spite of many tries, the show never got a chance to hit Broadway stages. Although, it has been performed all over the world, including West End. The biggest difference between The Phantom of the Opera and Love Never Dies is that realism and gothic movements have influenced both incidents and characters. The romanticism of Andrew Lloyd Weber’s music polymerizes with Ben Elton and Glen Slater’s lunatic and captivating book.

“I really do not believe that you have to have seen The Phantom of the Opera to understand Love Never Dies. I really don’t. But I hope if you see them together, if you wanted to see them back-to-back, that what you would get from them – from both of them – is the extension of where the story goes,” Andrew Lloyd Weber states.

This extraordinary piece of art found its place in the world of musical theater. In my very noble opinion; The Phantom of the Opera is not a should but a must-see and even followed by Love Never Dies. Though it will be another piece’s subject.

Wish you the pleasure of the music of the night. 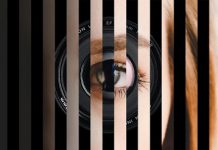 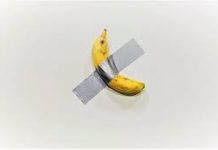 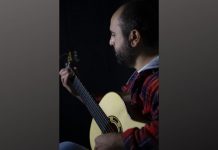 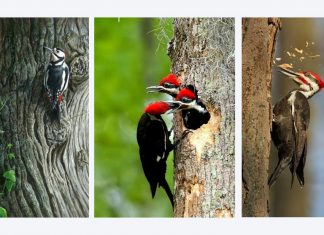