Ana Sayfa Yaşam Cinsel Devrim A DISCUSSION ON FEMALE SUBMISSIVENESS AND PLEASURE IN THE LIGHT OF STEVEN... LEE HOLLOWAY AS A FEMALE MASOCHIST

Mr. Grey: Why do you cut yourself, Lee?

Mr. Grey: Is it thatsometimes the pain inside has to come to the surface and when you see evidenceof the pain inside you finally know you’re really here? Then when you watch the wound heal it’s comforting, isn’t it?

Mr. Grey: I’m going to tell you something. Are you ready to listen?

Mr. Grey: Are you listening? You will never ever cut yourself again. Do you understand? Have I made that perfectly clear? You’re over that now. It’s in the past.

Lee: Okay. Now, you know what I want you to do? I want you to leave work early. You’re a big girl agrown woman. Your mother doesn’t need to pick you up every day. I want you totake a nice walk home in the fresh air, because you require relief. Because youwon’t be doing that anymore, will you?

I didn’t want to create yet another drama about a woman recovering from her problems or perversions. Then I thought. . . What if her real problem was not her submissive behavior with

the lawyer? What if I added a visually upsetting, self-destructive activity for her in the first act? So, I gave her a painful situation to come out of -self-cutting- and worked from there.[2]

The plot’s flow by explaining Lee’s family trauma as the source of her self-harming tendencies and drawing Edward Grey as a romantic character legitimize Lee’s act of enduring sadism as a less damaging act in the eyes of spectators. However, we know that previous trauma isn’t a “must” in becoming a participant of BDSM or discovering masochistic tendencies. As I explained with the scientific findings in the second part of this paper, people’s interaction with pain would be related to simpler issues. Considering the time “Secretary” was produced, it seems that both the director and the screenwriter was under the pressure of legitimizing an issue which was merely mentioned in popular culture before. Therefore, I would like to analyze Lee’s submissiveness apart from these social anxieties of the producers.

Jessica Benjamin’s explanation of female masochism is criticized as being reductive to ‘subversionor hegemony’.

Estelle Noonancounteracts the dualisms by interpreting the protagonist Lee Holloway’s agency containing the traits like “traumatized or healed, liberated or oppressed, loved-up or obsessed by sadomasochistic relations” at the same time (Noonan, 143).Noonan emphasizes that it is a possibility to include all these traits in one’s experience instead of a conflict between them.

Instead of dualism, Estelle Noonan understands Lee’s position as a submissive subject containing and combining all these traits in her reaction to sadism. Noonan calls it a“dialogic reading practice” and claims that Lee “might occupy all of these statutes not only separately but also simultaneously” (Noonan, 143).

Lee’s transformation starts with her rethinking of self-harm. Several times she tries to throw her sewing set which she uses to cut herself and finally, with the help of Edward she discovers her inner-courage. After Edward gives the command “You will never ever cut yourself again” she immediately reacts and changes her perspective in life. Unlike her over-caring mother, this scene is the first time somebody behaves her like a grown-up which empowers her to be aware of her agency.  Hence, she refuses to be picked up by her mother, informing her that she will be walking home after work from now on. ThoughEdward’s command seems to be the reason, I think it is just an excuse for a revolutionary triggering

Hence, she declares her love to Edward Grey “where the belligerent and/or insistent tone that Gyllenhaal deploys her demand for recognition appears to effect a disarticulation romance -chiefly, by invoking the element of ‘provocativefear’, which typifies the masochistic demand for punishment.[3]

During Lee’s hunger strike, her social circle -her family, her ex-fiancé and his parents and even Edward’s ex-wife visits her giving the hint of social pressure she must confront. She neither accepts any offer nor is scared of threads. However, she demonstrates a passive resistance embracing her masochism and showing an unusual way of which fits her personality: a naïve woman.

The usual way of thinking about power relations is the exchange of power. Though Jessica Benjamin never mentioned such an idea, evaluating female submissiveness as a result of patriarchy is the easiest way and it is giving the impression of exchanging the power. On the contrary, if we think about practices of passive resistance we can see the opportunity that it is possible to practice pleasure without recreating the power relations of patriarchy. Though, the dualist way of thinking seems to be the only way of comprehending human relations, “perverted” actions like choosing to be a submissive can shake the traditional way of thinking methods. Like Noonan mentioned, a person can include many kindof traits at the same time. Analyzing human’s psyche is a more complicated act than a Freudian reading: Nevertheless, our childhood influences our lives, we still have the power to take agency.

As a naïve character, Lee’s actions drive us to ask questions about our recognition of our own pleasures. Although the “Secretary” is not very well-written considering thecontradictions of consent, the awkward and miserable protagonist Lee’s storystill stands as an empowering work of art.

Benjamin, Jessica, Ph.D.“Intersubjectivity, Thirdness, and Mutual Recognition” A talk given at the Institute for Contemporary Psychoanalysis, Los Angeles, CA. 2007. 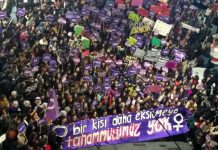 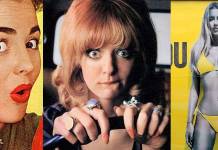