Ana Sayfa Gaia in English A hero in the sky: Matt Ayer 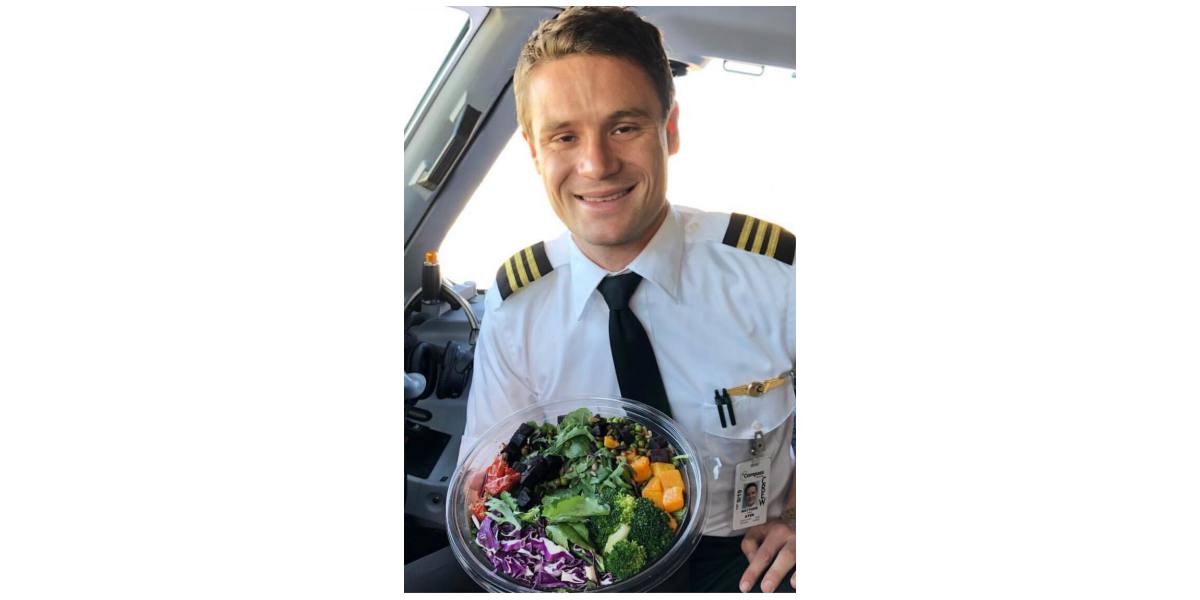 Without a doubt, cabin crews are made up of a lot of unnamed heroes. I guess it would not be wrong to say that we entrust our lives to them. Now I would like to tell you about the airline pilot Matt Ayer, who besides his job, dedicates his life to animals welfare. Matt, who spends his spare time volunteering at an animal shelter, where he tries to save innocent animals by drawing attention to the massacre of dogs as a by-product of dog meat trading, which nowadays is regarded as a shame of humanity.

As a volunteer at the Animal Hope and Wellness organization, Los Angeles whose mission is to saves dogs from slaughterhouses in the Far East, Matt finds families for dogs following medical treatment to help them start a new and secure life. The animal loving pilot has gained popularity through his YouTube channel that features videos taken in vegan restaurants in the different countries he visits. Matt shows the audience contrary to popular belief, how delicious the vegan dishes might actually be and reminds us all animals, be it dogs or cows, equally have the right to live. The veggie pilot, who travels all over the world because of his job, prepares his meals at home and takes them with him. Let’s get to know him better

1) Could tell us little bit about yourself?

My name is Matt and I am an airline pilot based out of L.A.X. I am 30 years old. I enjoy surfing, cooking and I volunteer at a dog rescue here in Los Angeles.

2) What got you started on your vegan journey?

I have been vegetarian since birth because my parents are vegetarian. I became vegan just under a year ago. I went full vegan after I started promoting my blog and was subsequently active in certain vegan forums and Facebook groups. The more I read and watched about veganism, the more that it made sense. I was vegetarian for animals so it made sense to go vegan considering how bad the milk industry was on the cows.

3) Is ıt difficult to remain vegan while travelling?

I would say it is more difficult than eating omni but doesn’t have to be a big challenge. Planning and preparation go a long way. It really depends on where you are traveling as well. For the most part, there are not a ton of great vegan options at the airport. That is of course changing as the healthy eating culture is growing. There are tougher times than others. One time sticks out recently when i didn’t pack food and I ended up eating oatmeal from Starbucks for dinner. While I was grateful for that starbucks oatmeal, it wasn’t the most desirable dinner. The other crew members were giving me some funny looks while they ate burgers.

4) What advise do you have for passengers that would like comfortable flight?

Invest in a good neck pillow. A good neck pillow will allow you to sleep on the plane regardless of what seat you are in. Just be careful and find one that actually supports your head. As far as food goes, bring snacks! A big bag of raw almonds are extremely nutritious and are very easy to travel with. Packing peanut butter sandwiches can make a huge difference too. There are other great vegan protein bars and oat bars out there too. I personally love Cliff “Nut Butter” bars and Rise “Lemon Cashew” bars.

5) What’s your opinion about in flight meals?

Airlines are doing a great job making healthy in flight meals and lots of times there will be a great vegan option. It’s always a good idea to tell your airline that you’re vegan before you travel so they can make proper preparations.

6) You have a very popular youtube channel,how did you get started?

It really got started when I made a video about the Beyond Burger. I loved it so much that I wanted to show others how good it was. I posted it on Facebook and lots of people loved it. From there, I posted other reviews of vegan stuff. A big breakthrough for my channel was when I made a video of my flight crew trying a vegan restaurant on a layover in Salt Lake City. I shot it on my Iphone and edited it on my computer. That video did really well on Facebook and it was a lightbulb moment. My channel sort of transformed to vegan restaurant reviews from around the world.

7) What are the future plans for your youtube channel?

I am planning on creating a full fledged “pilot” episode to try to get a series picked up for the travel/ food channel or a bigger website that hosts a lot of content.

8) We know how much you love dogs,what do you doing for the adoptions of animals?

Right now I do volunteer work at Animal Hope and Wellness in Los Angeles. They are a great organization that rescues dogs from the slaughterhouses in China, Korea, and Cambodia and brings them back to California. They provide medical treatment for the dogs and get them to a healthy weight. They will then adopt them out. I am luck to be able to help in certain areas. I will pick new dogs up at L.A.X. and bring them to the shelter. I also do veterinarian runs. I use my Instagram to promote the rescue as well as show off new dogs that are waiting to be adopted.

9) What message do you have for the readers here?

You should always try to stay busy with projects that you think are important. Even if it starts small, if you work hard, it will surely grow.
Another point I want to make is that you should always be doing volunteer work in way or another. Find an organization that you care about and start committing your time. It will lead to very positive things in your own life. Volunteer work is food for the soul and helping others who are less fortunate will help keep the world in perspective.In the words of Ghandi “Be the change you want to see in the world.” 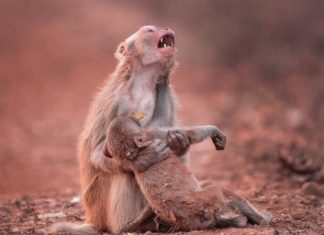