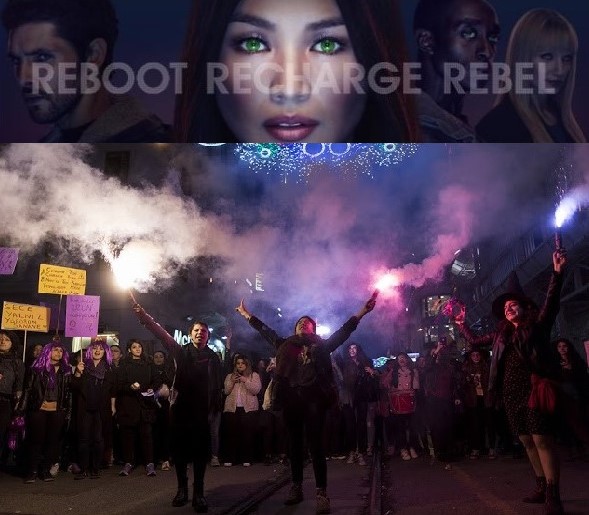 Analysis of Striking Incidents and Characters in terms of Evolution

Synths backlash to the aggression of human beings arises in a new character named Anatole. In Season Three, we are introduced to Anatole as the right hand of the leader of the synths Max. At first, he seems very loyal to Max. After a few episodes, we discover that Anatole has a secret agenda, a master plan to take over the control of the containment area and eventually to pursue the purpose of procreation which means producing new synths in this case.

Anatole worships the Father -their creator, Dr. David Elster- and assumes that their existence is for the reason to rehabilitate the world. His belief in a god-like Father and a grand purpose assigned to the synths by their father is an imitation of monotheistic religions. Thus, it wouldn’t be wrong to define Anatole as the “legitimate offspring of militarism and patriarchy”[1], considering the fact that monotheistic religions have one male god[2] and they are tended to be aggressive[3]. Within this perspective, Anatole is the opposite of peace-seeker synths in Humans and the Cyborgs in Haraway’s Manifesto.  Anatole’s inheriting the animalistic, violent methods of its creator is a reflection of real-world issues. In addition, the aggressive acts of synths can be interpreted as “struggle for existence” since humankind allow the synths neither to be conscious nor to live. The genocide humankind committed after Day Zero is an obvious predator behavior. To distribute the resources -in Humans case it is the share of the habitat- two species tackle.

These two incidents are giving hints of Naturalism. “Walcutt has defined the perfectly naturalistic novel as one in which the action is completely determined by natural forces, economic, social, and physiological, with its characters explained in terms of purely material causation” (Jones 17). The two species struggle violently for the material resources as if there is no other way. According to naturalists, nature’s order is brutal and “man is just another animal, subject to all the natural struggles of animals for existence” (Jones 9). In his “Darwinism and Its Relation to Realism and Naturalism in American Fiction, 1860 to 1900” article, Arthur E. Jones, Jr. names Naturalism’s pessimistic and deterministic reading of Darwin’s ideas as “tough evolution” whereas he names the opposite reading as “soft evolution”. In his own words, soft evolution “takes the view that man had evolved physically up to a certain point in the past, after which he has evolved mentally and spiritually and may be expected to continue to improve indefinitely” (Jones 9). The show’s key strength is its ability to contain counter perspectives which means, it also includes incidents influenced by soft evolution: In the first episodes of season one, Laura feels like Anita -the cover-up of Mia persona- is a predator to her motherhood and womanhood. When she discovers that her husband had sex with the synth she strongly reacts. She explains that Joe’s act is “cheating” because Anita is not a sex toy, not an object in episode five. She is “living” in their house and looking after their children:

“Laura: I knew we were having trouble, but I never, ever, ever had you down as a cheat.

Although Laura is struggling with Anita’s presence in the house, she can morally criticize Joe’s act. I think it is no coincidence that -as a woman- Laura can empathize with a so-called lower species. Paulo Freire explains how oppressed people can build solidarity: “… when the people have reached a relatively clear picture of oppression which leads them to localize the oppressor outside themselves, they take up the struggle to surmount the contradiction in which they are caught. At this moment they overcome the distance between “class necessity” and “class consciousness”” (Freire). Laura as a member of an oppressed gender identifies that virility (the privilege that lies behind the oppression) causes Joe (the oppressor) to objectify (a clear picture of oppression) Anita. She learns from her “fusion with animals and machines how not to be Man” (Haraway 169) and she knows how patriarchy justifies the objectification of other beings[4].  The emphatic approach of Laura to Anita demonstrates her high morality which proves that soft evolution is possible and human beings can mentally and morally improve.

Evolutionary Theory offers objectivity while “reframing the terms of gender debates from biblical ancestors to animal kin, individual to species…” (Hamlin 55). Anatole’s case projects real-world incidents like terrorism and arises a contrast with peace-seeker synths’ and humans’ actions. His eye-to-eye approach stands right next to humans’ synth-phobia, creating dualism. On the other hand, Laura’s and Mia’s actions have a causality influenced by the feminist reading of Darwin by transgressing the boundaries of speciesism and gender. In the late nineteenth-century, female thinkers embraced Darwin’s scientific explanation to organic life, in contradiction with divine creation. Their ideas could be summarized as: In the Bible, the first woman, Eve is told as being created from one of Adam’s ribs and this belief justified male superiority for centuries. White male supremacy lost its basis of being the first creature on earth by the service of the diagram Darwin presented “On the Origin of Species”. The claim that organic life first appeared with lower species, evolved through advanced animals and lastly human beings, unintentionally caused a revolutionary change in the common perception of organic life. Women’s rights activists based their arguments of natural rights on this scientific explanation. Eventually, blurring the dualisms like animal-human, female-male breaks patriarchy’s hierarchical point of view.

I would like to continue with the examples of soft evolution in the show which matches the feminist reading of Evolutionary Theory. Elster’s synths have similarities with Frankenstein’s monster. They are “fabricated” and when they first created they have “never partaken of the primary experience of humankind: that of physical growth” (Beer 103). However, unlike Frankenstein’s monster, by the help of the software which enables the synths to be sentient and through their physical experiences they grow up to become mature. In this case, it means process matters. They became “disturbingly lively” (Haraway 152):

Mia is created to take care of Leo (Dr. Elster’s son), as a result she has character traits like self-sacrificing; Niska is created as the rational and pragmatist sister of the pack, which later directs her to be the guide of her own kind in the path of reproduction; Max is the mediator, peace-maker and hence, he is highly empathic.

In addition, the physical experience after their creation designates their direction: In season three, though the conscious synths isolate themselves to be safe, Mia decides to live in a human settlement to accustom the society to the presence of synths as a new species. Before and during this time, she is kidnapped, sold in the market for a couple of times, she is beaten or prisoned. Still, she does not turn against humankind. She becomes a Gandhi-like character who always seeks for a non-violent method to resist. Later, a group of people attacks to the containment area of synths. In spite of the fact that synths are physically much stronger than human beings, Mia insists on her passive resistance and eventually gets murdered. The incident is aired live on TV. Thus, her self-sacrifice agitates the human supporters of synth-liberation and they gather with synths in a public space to mourn for Mia. Considering Mia’s caring and compassionate character, she gives the feeling of a spiritual leader whose death will touch to anyone and force people to face the sad truth: Other species or races exist, they are sentient and now it is the privileged ones’ turn to deal with the remorse of their “inhumane” act of murdering a passive and non-resisting creature. Even in the first glance, this particular incident reminds many events in the human history, in which military forces violently attack passive resistance groups or defenseless people like Ezidi women killed by ISIS, the Rachel Corrie incident or the Holocaust.

Mia and Max become “the illegitimate offspring of militarism and patriarchal capitalism” who are “exceedingly unfaithful to their origins” (Haraway 151). They do not inherit their father’s animalistic and cruel instincts. By peace-seeking and leading the synth-liberation movement in a collaborative and non-violent way they change the rules of patriarchal aggression.

Another aspect of this Mia’s striking incident is it arises the question: Is it possible that the species created by human beings can have higher moral values than humans? Considering the fact that the leading tech geniuses like Elon Musk or Steve Jobs all have the materialistic point of view, which exposes itself in their problematic family life, any artificial intelligence programmed by these kinds of scientists would serve not to the common good but individual interests. That’s why Humans is quite successful in expressing the causality behind Dr. David Elster’s or Dr. Athena Morrow’s software. They are both motivated by the survival of their descendants. Although they are ambitious and selfish scientists, their parenthood subconsciously drives them to create A.I.s which can be compassionate to human beings even under cold-war circumstances between two species. It is a common theme in science fiction productions to question humankind’s xenophobia and tendency to war or genocide. To design an A.I. wiser than human-beings can be interpreted as parents’ “instinct” to prevent a war between two species -humans and robots- which would contribute to an apocalypse on earth. The causality behind this unconscious act is the survival of their descendants. At the end of the day, art is creating its own heroes in an age where self-sacrificing leaders like Gandhi or Che Guevera do not emerge anymore. In the science-fiction genre, technology substitutes the animalistic physical power of man. Imagining a creature who owns the unlimited power of technology and still capable of being compassionate to humankind can be interpreted as losing hope in humanity and counting on a wiser species. Hence, it wouldn’t be wrong to claim that Mia and Max, as peace seeker synths, are aware of the fact, asserted by Kropotkin, that “in organic evolution, mutual aid is more important than struggle for existence” (Jones 11).

[1] You may go check “A Cyborg Manifesto” of Donna Haraway for more detailed information.

[2] Feminist critique of the religions highlight the patriarchal notions of theism: “Feminist philosophy of religion points to all the ways the signifier “God” remains stubbornly gendered male in Western thought and subliminally envisioned as a male personage. Whether taken as real or unreal, inferred validly or invalidly, said to be experienced directly or only projected illusorily, the divine identity in classical theism and atheism is unmistakably male. This supreme, ruling, judging, and loving male God is envisioned as a single, absolute subject, is named Father and is conceived as standing in a relation of hierarchical dominion over the world. In ways both implicit and explicit, this construct tends in turn to justify various social and political structures of patriarchy which exalt solitary human patriarchs at the head of pyramids of power ” (Frankenberry, N.).

[3] The tendency of monotheistic religions’ to violence is well-defined by Indian philosopher and statesman Sarvepalli Radhakrishnan: “The intolerance of narrow monotheism is written in letters of blood across the history of man from the time when first the tribes of Israel burst into the land of Canaan. The worshippers of the one jealous God are egged on to aggressive wars against people of alien [beliefs and cultures]. They invoke divine sanction for the cruelties inflicted on the conquered” (Sharma, A.). 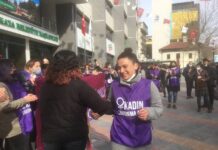