Ana Sayfa Gaia in English An interview with the vegan doctor, Murat Kınıkoğlu, on misconceptions of vegan...

The achievements of the Turkish doctors is undoubtedly known all over the world. Although Dr. Mehmet Oz, who has a huge audience with his TV show is the first name that comes to mind, I would like to introduce Dr. Murat Kinikoglu, who has the same lifestyle and diet as the one he recommends to his patients, makes the readers of his newspaper column smile with his humorous personality. Kinikoglu, whose YouTube channel is frequently mentioned is a popular destination for his followers to easily get answers to their questions and one of the most discussed topics is about vegan diet.

Most of us know you as “The Vegan Doctor.” How did you decide to switch to the vegan / vegetarian lifestyle?

Despite being a passionate animal lover, my transition to a vegan lifestyle was because of health reasons. I lost my parents from cardiovascular diseases. We are six brothers and despite being a cardiologist, my four older brothers have had heart attacks. While I was researching, fearing that in time I’ll also have a heart attack, I learned that veins can be unclogged by changing diet. It was knowledge we weren’t taught in the faculty of medicine. Staring that day I switched to a low fat vegan diet. After I made the transition, I started to get more interested in veganism. Becoming an ethical vegan surely has a positive effect on your mood and it gives you inner peace to know that you are not harming any beings that has emotions. I suggest my patients become ethical vegans too, alongside switching to a plant-based diet.

There are a lot of misconceptions about diet. What is the most important in your opinion?

There are so many misconceptions, so I’m not sure which one I should mention first. Perhaps the most important one is that you cannot live without red meat or animal proteins. Everyone (especially mothers) is afraid of an unidentified disease called “protein deficiency”. There is not a single patient taking up a hospital bed with such a disease. We believe in protein deficiency just like we believe in ghosts. Something we have not seen, something we did not experience, but still, we are afraid of it. The belief that those who do not eat red meat will be suffering from anemia is another misconception. Finally, there is the misconception that “people who eat lots of sugar will have diabetes”, although in reality people who get “too much animal protein and too many calories” become diabetic, not the ones who eat too much sugar.

What are the biggest benefits of staying away from animal-based diet?

Likelihood of getting what we call chronic diseases such as diabetes, cardiovascular diseases, paralysis and rheumatism decreases. If you cut sugar, fat and animal-based food, you will have zero chance of getting many diseases. For example, you will not have a heart attack. Among the health problems that you can reduce or completely eliminate by cutting out animal-based foods are asthma, allergies, high blood pressure and hives. In my new book, which will be published soon, I listed the benefits of plant-based diet by showing scientific articles as evidence. You will be protected against 53 diseases by switching to a low-fat and vegan diet.

The easiest way to get B12 is to chew B12 tablets. Some people may not absorb it in the stomach due to stomach diseases, so taking chewable tablets is a guaranteed way. You can get all the B12 you need by taking a 500 or 1000 mcg tablets twice a week, then you do not have to worry about B12 anymore.

What can you say about vegan diet in pregnancy?

Nowadays, vegan families are increasing rapidly. What do you think about raising babies as vegans?

What do you think about Artificial Meat (Clean Meat) project? As a vegan, would you like to try Clean Meat? (Would you eat?)

In 3-6 months after switching to vegan diet the intestinal flora changes. When harmful intestinal bacteria that consume animal protein cannot feed, they leave the body, and beneficial, fiber-digesting bacteria take their place. When the people whose diet consists of plant-based food eat meat once in a while, they suffer from indigestion, because they do not have meat-digesting bacteria in their intestines. So I think that the digestive system of vegans will probably not like this artificial meat. Speaking for myself, I do not think I will try artificial meat.

In your opinion, what kind of benefits there can be in adopting vegan lifestyle for our world and all the people?

There are countless benefits. I think that all environmentalists should go vegan, because the livestock industry does the greatest harm to the world. One of the primary reasons of deforestation is not the forest fires, but cutting the trees to create agricultural areas to feed animals. 70% of all arable land in the world is being used for animals. We create fields, then plant corn and feed animals with it. We talk about global warming and air pollution, but we continue to eat meat. Digestive processes of animals release 100 million tons of methane gas annually. 9% of CO2, 37% of methane, 65% of nitrogen oxides worldwide are released as the result of livestock industry activities. As the number of vegans increase, all these harmful effects will decrease.

Considering that you have a serious number of subscribers, we would like to see you on the TV. Have you considered making TV shows in the future?

I have serious preparations in this regard. I can start immediately if a proposal comes from a channel with an audience. I don’t have any financial expectations from vegan diet education and popularizing veganism, as long as we can make more people vegan. If we can achieve this, we will be reducing the frequency of diabetes and blood pressure diseases; also we will be preventing people from having heart attacks and strokes.

Finally, what are your messages for our readers?

My message to your non-vegan readers is this: Try to go vegan without fear. Becoming vegan is the way to both mental and body health. They may fail in their first attempts but in the second or the third they will achieve it. I also have a message for vegans: Being vegan is not equal to being healthy. They need to consume these three nutrients as little as possible: Vegetable oil, sugar and alcohol! 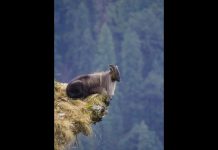 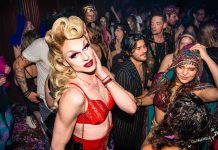 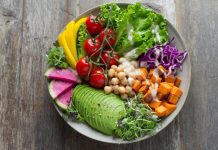 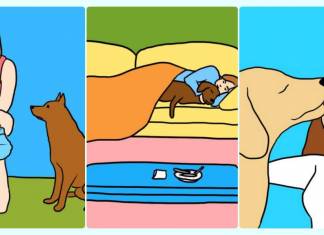