The age of anthropocene is a new era in which we create on our planet because we cannot take the responsibility for our being the dominant species. In examining the problems of atmosphere, pollution, and global warming and this artificial age structured by the human species must be filtered through the mass psychology that determines the choice, behavior and actions of the human species.

Monetary policy, which shapes the human life, constantly wants to produce its own individuals in order to continue its vicious circle. According to Guattari, the human that the system aims to create is “Homo Economicus.”(1) A Homo Economicus is an entrepreneur who is eager to sell his entire life to monetary powers and competition relations. So how can a human be detained from his natural psychological process and become a Homo Economicus?

The answer is fear management. The whole system proposes to guarantee the lives of individuals by imposing the fear that something bad can happen at any time. The individual does what he is taught with the first conflicts he experiences in the way of self-realization and follows all generations before him; finds a job, earns money, establishes the family unit -which is the smallest enterprise of the monetary cycle and consumption system-. Religion is often used to sanctify this cycle to create social values that the system had not previously had, for example, to sanctify work and support the family.

False policies and the consumption system are the main problems of the anthropocene era. The main way to continue this process is to reveal the lie that people are dependent on it and then create a cycle of complaining instead of solution. Human is a species that loves the comfort zone. The place where the system can manage people is exactly the comfort zone and complaining instead of producing solutions is one of the most visible parts of our comfort zone.

Just like our comfort zone, our ego also very undefended to management and manipulation. Unlike Eastern teachings, our ego-consciousness is a necessary part of our lives. The acceptance, control and understanding of the Ego is necessary for the individual to be at peace with himself/herself/zirself. However, when we do not buy a new model car, we do not buy from a newly released cool product, or when we don’t give a piece to our partner from the new series of a jewelry company, system makes as insufficient, tasteless and low status. The system is attacking our ego at any time by expressing what we will become if we don’t get that product and it tries to disrupt our character formation system. The discontinued characters constantly feel the need to buy new and unnecessary things. This can also be seen as a micro-level part of the process of creating fear and managing desire flows.

Middle Eastern sociologist Mehmet Demirtas expressed the damage that this situation has caused to our planet with the following words: ”In a society knitted by competition relations, we desire to connect to such affiliations as state, nation and identity so long that we have forgotten to think about universality. We’re losing the Earth completely, they’re taking it away, and we’ve got only one Earh. This Earth we live in is our main responsibility” (2)

The ability of the human being to know and analyze himself is something the system does not want. A planet where everyone could realize him/her/zirself would suffer from pollution? It will be the salvation of the planet if one knows and recognize his/her/zir true self and can overcome the weaknesses and comfort areas controlled by the consumption system. This system is a reason and reflection of the mass character of people. People of the anthropocene must overcome their ego.

Administrators who do not believe in climate crime, put nature on sale for works that could bring money. The basis of such misguided policies is -in Deluze’s view- that the people themselves. That is, leaders do not give direction to peoples, peoples create leaders that are appropriate to their characters… Evil manifests from bottom to top, not from top to bottom. In this respect, one of the reasons of the Antropocene era is ignorance. -So, creating ignorance is a profitable business, actually.-

Every value, idea and belief in such a system can be swallowed by the system itself. Any arguments that can be said about climate crime in the anthropocene era will only be perceived by activists whose free from their comfort zone, and the rest will continue to ignore this issue. Religion can turn into a tool used to sanctify this system. As in this example, artistic values are open to degeneration from the point of view of apolitical individuals and to be removed from the object of production and rendered the object of consumption. This is precisely explained in the depths of the production of geniuses like Andy Warhol. It should not be forgotten that the anthropocene man can use many successful forms of artistic designs in the means of advertising that create the consumption system.

However, there is a great potential for art, religion and many values for the liberation of the climate and the planet. Art can guide the individual to discover himself. Nature-based beliefs, such as animism; see the rivers, mountains and many other formations of nature as “alive.” Indeed, the planet on which we live is not only a lifeless object, but a living structure. In a world where this perception is acquired by every individual, the value of the planet will be much better known. An example of this is that countries with advanced policies, such as Norway, now see mountains and rivers alive and regulate their laws in the view that they are a living individual.

Do people need to eradicate capitalism to understand this value? Every individual living in the comfort zone can easily once again be okay with any new and different economic system that is not good for the planet. It can be thought that capitalism could survive in times prior to the invention of money, and that instead of the cliché of being hostile to money, we should look at what the planet demands from us. The new agricultural and energy production paths that our planet needs, developing technology, environmentally friendly city planning, climate engineering, etc. can be seen as the things that the monetary cycle and collective mind and work force can offer us…

On the other hand, according to climate activist Daniel Tanuro, “green capitalism is impossible.”(3) According to Tanuro, climate irregularities cannot be handled separately from the natural functioning of capitalism. Will any engineering that is condemned to be a part of the capital cycle and the efforts of these professions to slow down climate crimes, change political order that is contrary to the human nature that is the root of the problem? These different views bring us to the question: Eco-capitalism or eco-anarchism? I can put forward my opinion on this with an excerpt from Karl Marx;

“Capitalism will cut down the tree if it can’t sell the shadow!”

Even when the human species is in the healthiest psychological state, it possesses a highly suspicious structure. Since humans have been corrupted by the unnatural lifestyles that have been going on for centuries, they have separated themselves from animals, invented species, could not reach the harmony of the living beings in nature and could not assume responsibility for being the dominant species. So how long will it go on like this? The answer is in generations.

Our evolution operates mentally as well as physically, rather than dystopic scenarios, such as adapting to the changes brought about by the global climate crisis and the age of the Anthropocene, rather than more realistic (and perhaps optimistic) possibilities. Can our mental evolution save us without bringing it to an irreversible point of the age of the Anthropocene? We have to. We brought ourselves to this point and we will save ourselves again. Every person who lives and produces carbon footprint has to take responsibility for this process. 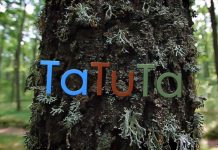