Literary production’s “conflict” with maternity has always been a part of female writers’ discourse. Every generation had their own argument about the topic due to the struggles of their times. Virginia Woolf embodied the problems that women would be confronted with the metaphor of “Shakespeare’s Sister” and advocated that a woman needs her own room to become a writer, in an age where women were rarely allowed to attend a university. Ursula K. Le Guin, who is 47 years younger than Virginia Woolf, argued that a room is not essential to become an author. Instead, a woman needs only a pen and a paper. This change in the discourse is pointing out the transformation of the difficulties which female authors come face to face through generations.

In “The Bell Jar”, the protagonist Esther Greenwood is a well-educated young woman in between an era of post-war USA and the uprising of Second Wave Feminism like Sylvia Plath do. Esther is trying to build up a career as a writer while carrying the gender role on her shoulders. Taking into consideration these traits of the heroine, she is a perfect tool for Sylvia Plath’s confessional literature to express her own struggles while becoming a writer.

In my essay, I am going to explore Esther’s journey of overcoming depression caused by the conflict between the gender roles of 50s’ USA and her desire for becoming a writer, through the path of Esther’s relationship with her mother or mother-like characters in “The Bell Jar”. Though, maternity is a not a main theme in the novel it is a significant motif as a part of Esther’s struggle with patriarchy.

To apprehend Esther’s troubles, first, we need to take a look at the US Society of the early 50s. After the Great Depression, WWII started in 1939 and ended after 16 years. With all these unbearable conditions, the society postponed investments and procreation as well. After the war ended, future expectations of the society rose and childbirth rates boomed. Some historians have claimed that it was a desire for normalcy whereas others argued that the State supported procreation in order to outnumber communists during Cold-War. Women were imposed to marry young, to catch a good husband, to kiss goodbye the husband in the morning, to bear and rear children and to cook gourmet meals for dinner, etc. To “pursue a career” as a housewife was highly supported by popular culture publications like advice books and magazines. In addition, “they were taught to pity the neurotic, unfeminine, unhappy women who wanted to be poets or physicists or presidents” (Friedan, 2010, p. 1582). Like in every war and post-war era, women of US in the early 50s has been the class whose rights and desires as individuals are postponed for the sake of society.

The protagonist Esther Greenwood in “The Bell Jar” is the generation right in the middle of two generations of feminists. In her subconscious, she has the knowledge of First Wave Feminists, which directs her for a search of a way out of gender roles but still not enough to diagnose the struggles of women in 50s. However, Esther is the woman who can ask herself “Is this all?” unlike the type of women Betty Friedan mentioned (Friedan, 2010, p. 1582). She is trying to find a path to not to be a “suburban housewife”. Her problematic relationship with Buddy Willard, a man of perfection with a brilliant future career and a respectable family, is the embodiment of her secret rebellion to be an ideal -well-educated but still housewife- American woman.

Buddy Willard appears to be a metaphor of patriarchy and all its expectations from a woman. Sylvia Plath exposes Buddy’s masculine arrogance with her ironic writing style. “I remember the day he smiled at me and said, “Do you know what a poem is, Esther?”

“A piece of dust.” And he looked so proud of having thought of this that I just stared at his blond hair and his blue eyes and his white teeth — he had very long, strong teeth — and said, “I guess so”” (Plath, 58-59). This quote is a very typical example of Buddy’s mansplaining attitude since Esther is an honor student in an advanced poetry composition program.

The society as a whole undermines and even ignores Esther’s talent and compassion to be a writer. Buddy Willard’s mother is another factor who disappoints her. Mrs. Willard tries to give a role of a waitress and a companion while Esther was expecting the mother to find a job connection for herself. “I’d given my phone number to Buddy Willard’s mother so she could give it to a simultaneous interpreter she knew at the UN.

I let out a small, dry laugh.

I could imagine the sort of simultaneous interpreter Mrs. Willard would introduce me to when all the time she wanted me to marry Buddy, who was taking the cure for TB somewhere in upper New York State. Buddy’s mother had even arranged for me to be given a job as a waitress at the TB sanatorium that summer so Buddy wouldn’t be lonely. She and Buddy couldn’t understand why I chose to go to New York City instead.” (Plath, 20). She refuses to be an object and proves her agency by going to New York to participate in a program for her writing career instead of being -her future husband- Buddy’s companion. In addition, Mrs. Willard is a maternal character on Esther’s point of view: “Joan pouted.” I like Mrs. Willard. Mrs. Willard’s a wonderful, wonderful woman. She’s been a real mother to me.”

I had a picture of Mrs. Willard, with her heather-mixture tweeds and her sensible shoes and her wise, maternal maxims.” (Plath, 230)

Esther’s struggle with motherhood as a daughter depends also on economic terms. First, we learn that her grandmother is a hardworking Austrian immigrant which gives us the hint of first-generation immigrants who probably had to work more than the locals to set up a decent life.  “… She looked stern and hardworking and moral as an old-style European immigrant and reminded me of my Austrian grandmother.” (Plath, 23). Then, she mentions her grandmother’s habit which is mostly addressed to the lower classes. “The sight of all the food stacked in those kitchens made me dizzy. It’s not that we hadn’t enough to eat at home, it’s just that my grandmother always cooked economy joints and economy meat loafs and had the habit of saying, the minute you lifted the first forkful to your mouth, “I hope you enjoy that, it cost forty-one cents a pound,” which always made me feel I was somehow eating pennies instead of Sunday roast.” (Plath, 27). 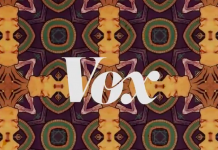 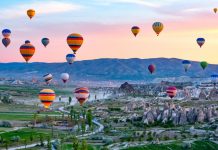 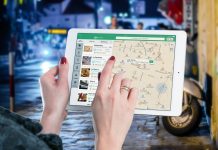