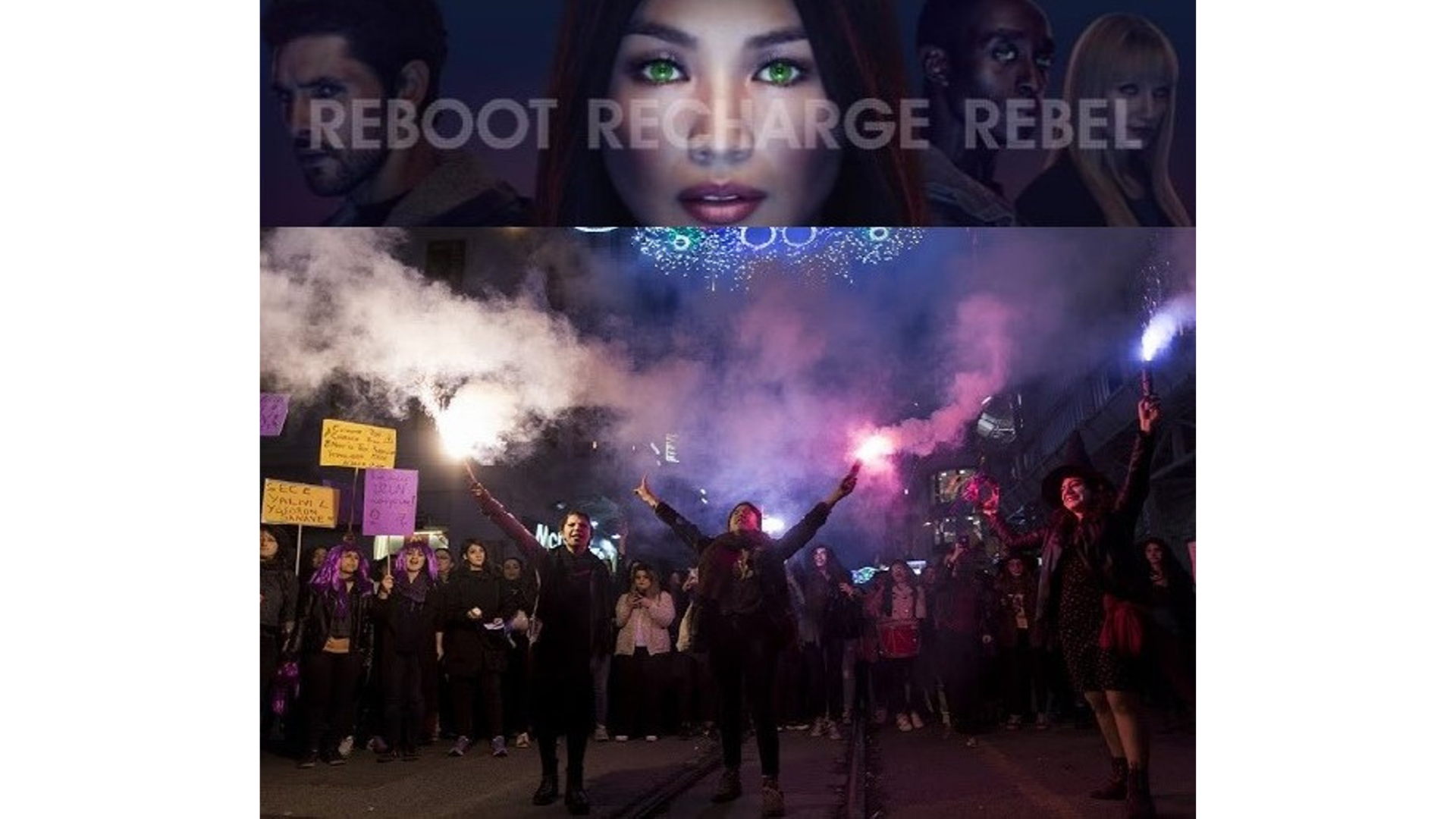 “Survival of the Fittest”

Synths’ occurrence and the effect of environment on them has a totally different nature compared to organic creatures. They are artificially created and they cannot procreate. As a result, Lamarckian principles “sexual selection” and “use-inheritance” do not work on synth evolution. In Darwin’s “natural selection” assumption, “all life had developed from pre-existing life” and “the normal increase of any one variety, if unchecked, would exceed the capacity of the earth to support it” (Jones 6). Hence, in the wild state, death eliminates the exceeding population. The synths neither have ancestors nor do their population increase rates resemble that of other living things. They are artificially created by humans and their habitat is not the wild nature but the artificial contemporary world. The physical struggles of organic beings in the wild state are substituted by the artificial power struggles of human society which depends on skills and intelligence. As a result, it is inevitable that Herbert Spencer’s reading of “The Origin of Species” and his “application of the biologic scheme of evolution to society” work on synths’ survival issue. Arthur E. Jones, Jr.’s summary of Spencer’s “survival of the fittest” perfectly fits to synths’ situation: “A process of a social selection which placed a premium upon skill and intelligence and adaptability and so selected the best of each generation for survival and led to infinite human advancement” (Jones 5).

The artificial intelligence named V, created by Dr. Athena Morrow is not only as conscious and sentient as Dr. Elster’s synths but also based on the memory of a real person. After several incidents, V is released online by Morrow and eventually implants herself to the body of the death synth Odi. She becomes material and gains the ability to rule other synths.

In terms of “survival of the fittest”, Odi is broken from the start and his intolerance to gaining consciousness eventually causes his suicide. He is eliminated because he doesn’t have the sufficient skills and intelligence to adapt to the habitat. However, V, as the “favorable variation” possesses his body, survives and becomes a god-like synth. She can predict the future better than any other synth since she depends on the data of both humanity and synths to compute the possible outcomes like a cyborg.

Niska’s destiny conveys the idea of “survival of the fittest” as well. During the episodes, Niska’s character is highlighted as being less emotional, more pragmatist and she can take action all of a sudden. Though she makes mistakes, she can re-evaluate and evolve her mind easily. She is capable of surviving under any circumstances. So, she is perfectly suited to be the next leader of synths. V selects Niska who has the best skills and intelligence for adaptation. Thus, Niska becomes the prophet-like messenger to predestinate the future of the synths: If the alpha is strong enough, the pack survives. Season Three ends with Niska’s message to Mattie that her cyborg baby will determine the future of two species.

Another aspect of “survival of the fittest” depends on biological fitness. In organic beings, the preservation of the favored genes is defined as “reproductive success” which enables the continuity of the best-adapted offspring to the environment. Since the synths are artificially produced and cannot procreate, the child synth Sam becomes vital. In season three, Karen Voss -the clone of Leo’s mother- moves to the conservative synth-free town to prevent Sam from the chaos after ‘Day Zero’ and prepares him to behave like a human being. She assumes that mimicking a human being can save Sam. At some point, they come across Joe Hawkins and become friends with him. Joe assists her to take care of Sam and teaches him human behaviors. One of the warnings they highlight to Sam is not to get injured since synths artificial blood is blue and he would be exposed easily. One day Sam runs on the road, almost hit by a car and Karen can’t take a reflex action to save him because of her self-preservation code. Joe rescues him and this incident awakens Karen’s parenthood “instincts”. Another day, while walking with Karen, Sam accidentally cuts himself in public and people around react instantly. Karen splashes his blue blood to her hand saying “it is my blood, I am the synth, not him”. The residents of the town have high xenophobia, that’s why they are easily agitated by this incident and beat Karen while she is warning Sam to run away. Sam asks for Joe’s help, however, when they come back to the crime scene they find Karen’s dead body. This chain of events evolves Karen’s character from a basic A.I. to a parent-synth. In theory, she is not able to act contradictory to her self-preservation code. Still, she sacrifices herself for the good of descendants which brings us to the futuristic point where A.I.s can evolve their code for adaptation.

After Karen’s death, Joe takes Sam to Laura Hawkins’ house and asks if they can take care of him. Sam and Hawkins family living together for a while establishing a bond. In the meantime, the terrorist synth group stalks Laura, since they do not trust her or any human being as the advocate of synth rights. At some point, they raid Hawkins’ house threatening Laura with the life of her children. She tells them the survival of her children is more vital than anything in the world. Hence, they capture a random guy -whom unbeknownst- to better threaten Laura more seriously. They ask her to choose between Sam and the random guy to be murdered. Eventually, she chooses the human disappointing everyone in the family including Sam. For the spectators, her preference is unpredictable since she has been a true defender of synth rights and paid the price for their sake. Yet, the causality behind her choice is the evolutionary motivation of preserving one’s own kind.

Max’s choice is another striking example. The screenwriters do not neglect the other side and set up the scenario on the same causality: In the first episode of Season Three, Leo is in a coma after an attack on his artificial device close to his human brain. The time is after ‘Day Zero’ and Leo is connected to life-sustaining apparatus in the containment area of synths. Nevertheless, there are power cuts planned by the government to enfeeble the synth community and Max –as the elected leader of the containment area- is dealing with the management of the limited sources they own. During a power cut, a 100% synth named Christabel struggles between life and death. Max and his right hand calculate Leo’s and the synth’s survival possibility and discovers that Leo has a chance whereas the synth cannot survive without the life-sustaining apparatus Leo is depending on. Max decides to disconnect Leo and let the synth use it. Mattie reminds Max that Leo is his brother, still, Max ignores her objection. So, Mattie, a human being stays with Leo supporting his breath with a simple pump until Niska arrives and saves Leo.  When Mia learns the incident she criticizes Max “This is Leo. He’s our family. He’s the reason we exist. You took this decision alone.” Max responds “I am alone. I am a leader. No-one else. These choices are my burden and mine only. I couldn’t bear to put him in danger, but I had to. He’s alive. Breathing alone.  Let’s try to feel that”. Then Mia underlines their character evolution because of their physical experiences and her anxiety of getting similar to human beings “Sometimes, I think I feel more with each passing day. Do you think it’s possible that we’re changing? Becoming more like them”? Max highlights they are a new-born species who have a future path to evolve “We don’t know what we are yet” (Humans, Season 3, Episode 2, Seconds 00:12:29-00:13:10).

These vital choices of Laura and Max are implications of a deterministic perspective. When circumstances are the matters of life and death every species support its own kind for continuity, no matter how much they are motivated by the notions of “soft evolution” and how strong their bonds with each other are.

“When science is now is sacred

Who will save us from ourselves?[1]”

In science fiction, the usage of scientific knowledge as a tool makes Evolutionary Theory the keystone to establish a future society. In the TV series Humans, we witness the contradiction between two species and the dawn of a striking social change influenced by Darwinian terms after the occurrence of anthropomorphic robots. By virtue of robots, the show displaces social problems like xenophobia and exploitation to mirror human beings’ selfish attitude and directs the spectators to question the contemporary world’s moral values or power relationships.

Different kinds of interpretation of Darwin’s message is possible: On the one hand, we can legitimize every cruel act of human beings in the light of cruel methods of nature. On the other hand, we can depend on the idea that humankind has the consciousness to build a better world.

By projecting both perspectives, Humans provides a medium where we can confront our social prejudices. The characters are neither demonized nor idealized; the story provides many different paths and every choice has a butterfly effect on both social and personal lives. This perspective makes it possible to analyze and comprehend how people’s actions are influencing society.

What makes Humans a realistic production is it not only exposes the primitive nature of human beings by underlying the basic instincts like parenthood and survival but also directs the characters into dilemmas. This particular approach convinces the spectators for a genuine interpretation of contemporary terms like information age and our ethical responsibility on earth.

Consequently, accepting the truth that human beings are just a part of the universe, a humane reading of science can guide humankind for a realistic perspective which enables us not to repeat the mistakes of our ancestors and build a better world.

Freire, Paulo. “Pedagogy of the Oppressed.” History is a Weapon. Available at:

Haraway, Donna. “A Cyborg Manifesto: Science, Technology, and Socialist-Feminism in the Late Twentieth Century.” in Simians, Cyborgs and Women: The Reinvention of Nature,(New York; Routledge, 1991), pp.149-181.

Jones, Arthur Edwin. Darwinism and Its Relationship to Realism and Naturalism in American Fiction: 1860-1900. Drew University, 1950.

Sharma, Arvind; A Primal Perspective on the Philosophy of Religion. Page 29. Springer. 2006. 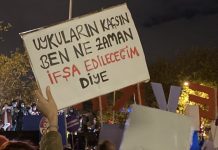 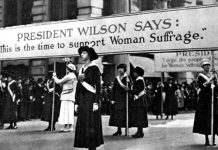 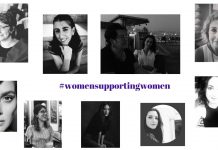 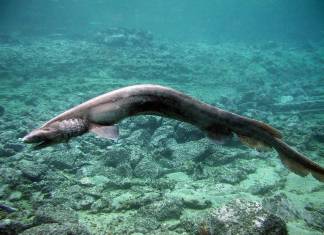